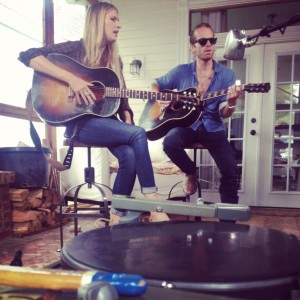 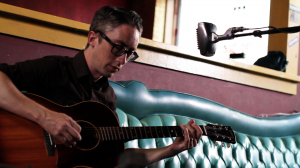 Some things never change, and we like them that way. It’s comforting to sit in the same taped up vinyl booth in our local rock club, and to know that a simple, well-crafted rock riff will always make us feel good.

With his timeless songwriting and style, John Paul Keith was right at home in front of our Presto surrounded by the decor of Memphis’ Hi-Tone Cafe.  His flipside song sums it up perfectly, how someone can exist in many different moments all at once.  The comfort of the old, the lure of the new, and the place in between where we find ourselves most times.

In the Middle of the Night: Hear The Bo-Keys with Percy Wiggins Flipside “Writing on the Wall”

The beginning of a new week means just a few days are left in our 7 days of 78s…and that a holiday weekend is in sight! 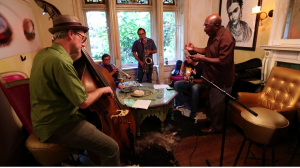 Just in case you were afraid your Monday might lack a little flavor, we have a dash of Memphis hot sauce to add to it.  Trust us, it cooks.

We’ve heard that when you’re in Memphis, every night is like the end of the world.  After our last full day there, which we packed with a marathon three recordings, we’re pretty sure we know what that means. The Bo-Keys and Percy Wiggins were our final shoot of the day, and we arrived bone-weary and excited beyond belief. A splendidly shabby room packed with incredible musicians, the dark Memphis night for a backdrop, and a bold, old-school, no-holds barred sound that challenged our mic and carved itself into a perfect record.

Today is a Sunday afternoon with an agenda.  It seeks to usher us into a real Autumn for the first time since the months of strange and unseasonable weather began. 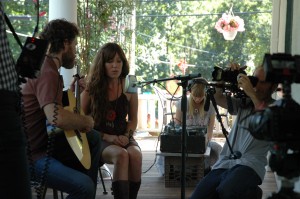 Today the sky is powdery and sunny and the air is quick and brisk; the experience of being out in it is haunting and energizing.

Who are we to argue with such a Fall day?  It demands a song to match its mood.  So Arborea’s flipside track “Red Bird” is the perfect song for this afternoon.  We recorded with the duo on a sun-cooked hotel porch in rural Pennsylvania in August, but it was always meant to be a song for a more solemn season.

In the spirit of the freewheelin’ freedom that comes with the weekend, today feels like the perfect day to share Ella Mae Bowen’s rockin’ flipside “Heart Locked Out.” 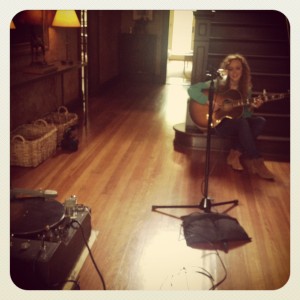 We recorded with Ella Mae in the house in Nashville that inspired her songwriting, and we felt so freewheelin’ that day that we set up on the staircase instead of in a room.  Her voice and her presence were bright and strong.  And when she sang, she turned the excitement of youth into something beautiful and vital we can all understand. 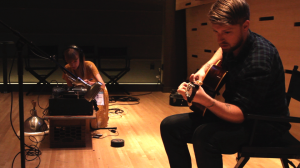 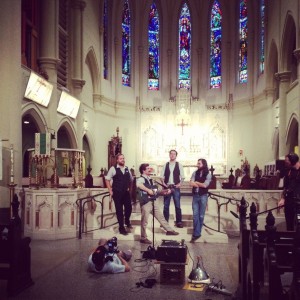 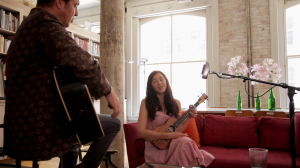