Folk, Family and Thwarted Failure: Our first week on the road 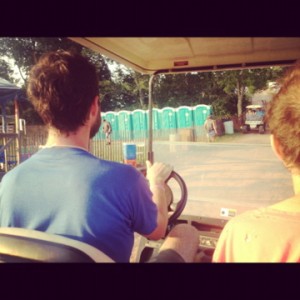 Nothing less than a wild start would do for any trip The 78 Project takes. Within hours of our Kia Soul zipping through the Holland Tunnel, we were careening through the Philadelphia Folk Fest site on a vehicle of a different kind. An electric shuttle with our friend Joshua behind the wheel took us behind the sleepy stages and through the campground that had already, before the festival even began, turned into a bustling tent town. Site scout complete, we moved in with our very accommodating family in Philadelphia. And when we say moved in, we mean it. We have a lot of stuff. 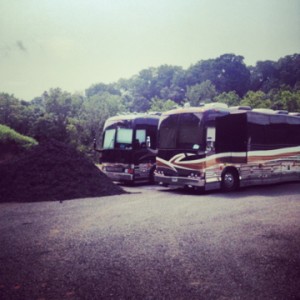 Our first recording of the trip was on Friday afternoon. Mary Chapin Carpenter invited us onto her tour bus, and generously offered to go without air conditioning for two hours so that the sound of the generator wouldn’t interfere with the recording. She performed a beautiful version of “The Water is Wide” and told us stories about learning to play folk songs on her mother’s ukulele.

Saturday morning we stopped in at Joe’s Spring Mount Hotel to ask if we might borrow their leafy porch for an afternoon shoot. The owners, Ben and Cindy, were the kindest of hosts, letting us plug our Presto in to their building to capture Arborea on lacquer and serving us Pennsylvania-brewed beer. The band’s “When I Was on Horseback” was haunting on a cicada-filled summer afternoon. And not only was the record subtle and perfect, not a single bee stung Shanti, and only one passing motorcycle made its way into the song. 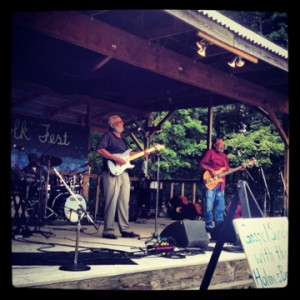 Sunday morning we arrived on site bright and early to record some gospel with the Holmes Brothers on the campground stage. We were honored to meet them and moved by their performance. It seemed a little funny to put them on a 78, they thought, who wants to go back in time?   But hearing themselves perform “Amazing Grace” as we played back their record, they agreed it was something rather special. 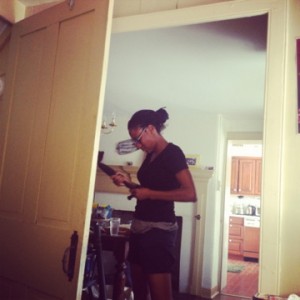 Some old and new friends were on hand to say hello during the weekend, including XPN and the curators of the Rigby Mansion. And our gratitude goes out to Rodney Wittenberg for letting us turn his beautiful farmhouse and studio into our command center. Back with family, cozy and well taken care of, we recharged and repacked. 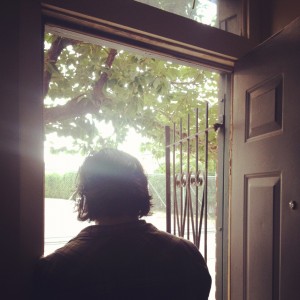 Tuesday afternoon we headed into the Northern Liberties home of Philadelphia artist Aldo Buffone to meet Honus Honus and his accomplice Kara Nelson. It was a glorious and harrowing afternoon. Presto #1 malfunctioned, but Honus and Kara didn’t. They sang a wicked streak through “Down in the Willow Garden.” We brought out Presto #2 to scare Presto #1 into shape, and our plan worked (with the added ingenuity of the Alex Steyermark Masking Tape Fix™). A 78 was made.

Late at night we bade Honus goodbye and staggered down to DC, greeted with open arms by our dear friend Vandaveer and his beautiful family.  They fed us and wined us and when we brought in the Presto, their two-year old knew exactly what needed to be done.  He walked straight to the mic and sang “The ABC Song.”  Like father like son.