“Down in the Willow Garden” – Hear Honus Honus’ 78

A confession may come with remorse, but not always. 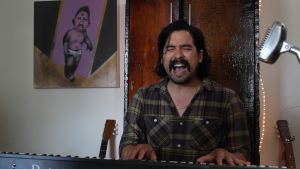 And a murder ballad, though its murderer is long since buried, can still feel full of menace.
Honus Honus was not one to let a listener off the hook when he performed “Down in the Willow Garden”, smuggling the song’s jagged edge in behind a playful keyboard riff. 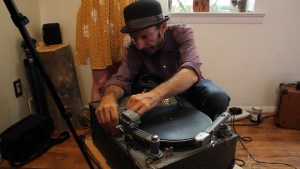 Our first road trip was just beginning when Honus Honus invited us over to a friend’s home in Philadelphia. The setting was perfectly evocative and we were all eager to cut a record. But this time the tale of woe wasn’t just in the song. The dead of summer proved to be the death of Presto #1.

A tense few moments passed as we worked away. Off came the platter, the belt, the tubes. 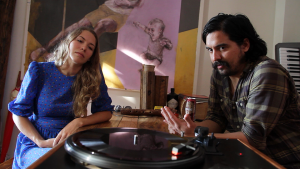 Honus Honus waited patiently by with his accomplice Kara Nelson. When at last the disc was spinning, their gruesome tale began in terrible perfection. 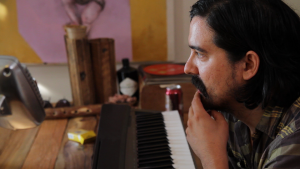